Sigmund Freud is the father of psychoanalysis, a branch of psychology that focuses on treating mental illness by analyzing various stages of growth and types of human behavior.

The psychoanalytic theory believes that all humans have unconscious desires, feelings, and memories. By studying human development, Freud believed childhood trauma and experience form the basis of unwanted behavior and repressed emotions in adulthood, including the development of a person.

The Theory of Psychosexual Development, by Freud, claims that as we grow up, we pass through five critical phases, which are defined by our sexual drive, also called libido, focusing on specific erogenous zones.

Depending on the proper fulfilment of the focus of our libido, the three components of our mind, i.e., id, ego, superego, may be kept in or thrown out of balance, leading to addictions, neuroses, and perversions.

Not to forget that if our experience during these phases was traumatic, we might develop fixations, such as neurosis, dependencies, addictions, or depression later in life.

The researchers speculate that children are becoming exposed to material outside of everyday life, which may alter their latency and possibly change their ego development. This change during the latency stage may be related to unhealthy sexual development, which could inﬂuence sexual behavior in young adulthood.

This area of developmental disruption may be related to the use of SEM, online sexual behaviors, and sexual dysfunctions in young adulthood. SEM is often used as a euphemism for pornography.

Freud also described the latency period as a time of unprecedented repression of sexual desires and erogenous impulses.

These psychosexual stages capture the main growth points of a person from infancy to adulthood and focus on different aspects of wants, needs, and desires.

Here are three terms Freud used within this theory:

The basis of Freud’s theory suggests that a person’s body has several erogenous zones, believing a person’s libido, i.e., sex drive, would increase over time and look for satisfaction through different types of behaviors using these zones, such as thumb sucking or sex.

Depending on what happens in each stage, a person will quickly move from one stop to the next or develop fixations (getting stuck) based on overindulging or disruption.

In addition to the five stages, Freud also explained conscious and unconscious desires through the id, ego, and superego.

A child at a given stage of development has specific needs and demands, such as the need of the infant to nurse. Frustration occurs when these needs are not met; Overindulgence stems from excessive fulfillment of those needs that the child is reluctant to progress beyond the stage.

Both frustration and overindulgence lock some amount of the child’s libido permanently into the stage in which they occur; both result in fixation. If a child usually progresses through the stages, resolving each conflict and moving on, little libido remains invested in each stage of development. But if he fixates at a particular stage, the method of obtaining satisfaction that characterized the stage will dominate and affect his adult personality.

The oral stage begins at birth when the oral cavity is the primary focus of libidinal energy. The child, of course, preoccupies himself with nursing, with the pleasure of sucking and accepting things into the mouth.

The oral character who is frustrated at this stage, whose mother refused to nurse him on demand or who shortened nursing sessions early, is characterized by pessimism, envy, suspicion, and sarcasm.

The overindulged oral character, whose nursing urges were always and often excessively satisfied, is optimistic, gullible, and is full of admiration for others around him.

Once a child has finished the breast and bottle feeding weaning process, they will begin to learn delayed satisfaction, which is unable to attain something at the exact moment it is craved or desired.

This type of fixation can result in an adult using their mouth for pleasure through smoking, chewing gum, or eating candy.

With the inception of toilet training comes a child’s obsession with the erogenous zone, i.e., anus, and the retention or expulsion of the feces.

This obsession represents a classic conflict between the id, which derives pleasure from removing bodily wastes, and the ego and superego, meaning the practical and societal pressures to control bodily functions.

The child meets the conflict between the parent’s demands and the child’s desires and physical capabilities in one of two ways: Either he puts up a fight, or he refuses to go.

This character is generally messy, disorganized, reckless, careless, and defiant.

Conversely, a child may opt to retain feces, thereby spiting his parents while enjoying the pleasurable pressure of the built-up wastes on his intestine. If this tactic succeeds and the child is overindulged, he will develop into an anal-retentive character.

This behavior is sometimes diagnosed as obsessive-compulsive disorder and may pose significant problems for the person as they attempt to carry on normal living activities.

The phallic stage is the most significant, crucial sexual conflict in Freud’s development model. In this stage, the child’s erogenous zone is the genital region. As the child becomes more interested in his genitals and the genitals of others, conflict arises.

The conflict, labeled the Oedipus complex (The Electra complex in women), involves the child’s unconscious desire to possess the opposite-sexed parent and eliminate the same-sex one.

Moreover, although the boy sees that though he cannot possess his mother because his father does, he can have her eventually by identifying with his father and becoming as much like him as possible. This identification persuades the boy into his appropriate sexual role in life.

A lasting trace of the Oedipal conflict is the superego, the father’s voice within the boy. Thus resolving his incestuous problem, the boy passes into the latency period, a period of libidinal dormancy.

On the Electra complex, Freud was vaguer. The complex has its roots in the little girl’s discovery that she, along with her mother and all other women, lacks the penis that her father and different men possess.

At the eventual resolution of the conflict, the girl passes into the latency period, though Freud implies that she always remains slightly fixated at the phallic stage.

Fixation at the phallic stage develops a phallic character, who is reckless, resolute, self-assured, narcissistic.

The failure to resolve the conflict can also cause a person to be afraid or incapable of close love; Freud also postulated that fixation could be a root cause of homosexuality.

For Example: Examples of phallic traits are activity, penetration, being in control of both the world and of one’s emotional life, strength, resoluteness, and assertiveness in general as well as in sexuality.

The resolution of the phallic stage leads to the latency period, which is not a psychosexual stage of development, but a period in which the sexual drive lies dormant.

Freud saw latency as a period of unprecedented repression of sexual desires and erogenous impulses.

Children pour this repressed libidinal energy into asexual pursuits such as school, athletics, and same-sex friendships during the latency period.

But soon, puberty strikes, and the genitals once again become a central focus of libidinal energy.

Freud believed that a person could get “stuck” in this stage and fail to mature, and this will prevent them from forming romantic relationships or satisfying the needs that are still lingering from the phallic stage.

In the genital stage, as the child’s energy once again focuses on his genitals, interest turns to heterosexual relationships.

The less energy the child has invested in unresolved psychosexual developments, the greater his capacity to develop normal relationships with the opposite sex.

If, however, he remains fixated, particularly on the phallic stage, his development will be troubled as he struggles with further repression and defenses.

Freud believed that the ego and superego were fully formed and functioning at this point.

Freud believed that on completion of all previous stages, a person would be set up to form a loving, stable relationship with a person of the opposite sex.

While some of the specifics of his psychosexual theory are not supported, Freud’s psychosexual stages theory has profoundly impacted the study of human development. Freud understood that trauma and being repressed could significantly impact individuals in adulthood.

His understanding of how the unconscious functions in our daily lives are perhaps his most legacy. While his timeline of stages and each stage’s importance are disputed, experts agree that early childhood experiences play an enduring and crucial role in lifelong personal and social development.

Let us look in to a few Frequently Asked Questions about Psycho Sexual Theory.

It was Sigmund Freud, one of the famous Psychoanalysts of the world proposed this theory.

2. How many Stages are there in Psycho Sexual Development stages? Which are they?

3. What is Phallic stage in Psycho Sexual Theory?

4. Which is the most important stage in Psycho Sexual Stage?

According to Freud and other theories , every stage is crucial and has to be taken care of.

Despite its prevalence and influence, Freud’s theory of psychosexual stages has received numerous criticisms. Scientific researchers and feminist theorists have criticized his theory for various reasons. For one, Freud’s theories are difficult to test scientifically, and some research has found the hypotheses to be not entirely plausible.

Freud himself never performed empirical studies, relying instead on anecdotal accounts from his adult patients. Finally, his focus on male development and the penis envy theory has led several feminist scholars to declare his hypotheses to be unfounded and entirely incorrect. 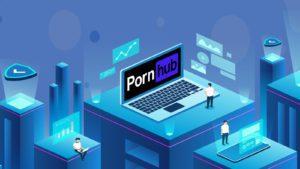 Reviewed By Priyanka Bhattacharjee, is a licensed and practicing Clinical Psychologist based in India, who has been working very closely with a variety 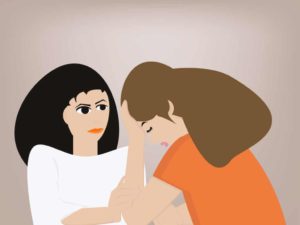