Menu
The Rise of OnlyFans

OnlyFans is a London based internet platform that works on subscriptions, like Patreon. The platform allows content creators to earn and build an audience. Creators on the website include musicians, chefs, fitness experts among many others.

The website was created in 2016 by Tim Stokely along with his brother Thomas, with a loan from their father who is now the head of finance of OnlyFans. Stokely’s previous businesses, Customs4U and GlamGirls, work the same way but without the referral feature seen on OnlyFans.

How does OnlyFans work?

The idea of the platform is that it allows content creators share premium work which their subscribers won’t be able to find elsewhere. Creators can share the content for free or get paid, but in the latter case, OnlyFans takes 20% of the earnings as their fee.

The website protects its contents from being shared outside of the platform. Screenshots don’t work and users who try to record in any way are subject to get blocked. Their referral feature allows users to refer content creators and earn 5% from their earnings for the first 12 months.

Chief Operating Officer, Thomas Stokely reported that the number of new content creators was between 7000-8000 a day by March 2020. The pandemic left many financially weak and wondering what to do to kill time.

OnlyFans started gaining widespread popularity around this time with even mainstream meme pages on Instagram starting to promote OF accounts of adult performers. Apart from the pandemic, the joining of rapper CardiB and singer Bella Thorne among other celebrities boosted the company’s growth.

Several professional adult performers also became content creators due to shooting restrictions imposed during the pandemic. Currently, it has over 170 million registered users and 1.5 million content creators making it one of the fastest-growing social media let alone adult content websites.

The payment is surprisingly lower than what one might think and STD tests are usually paid for from the actors’ pockets. The money made from the videos are always bagged by the production houses, agents and other middlemen.

By being a content creator, you’re making content on your own time and usually at the comfort of your home. One doesn’t have to pay their agents nor do they have to succumb to the demands of the production houses.

Several adult performers who previously worked with production houses are content with the freedom and the money they get on OF. The average top earner takes home $100,000 a month while some have disclosed making $1-2 million dollars.

Apart from giving most of the money to the content creators, OF is also normalizing sex work and making it accessible for everyone.

The dark side of OnlyFans

Many raised concerns after a 2020 BBC documentary shed light on the rising number of minors sharing their explicit content online for money and gifts. BBC reported later in 2021 that OF fails to prevent underage users from selling sexually explicit material. These claims were based on reports from the UK Police, schools and ChildLine services.

American rapper and television personality, Bhad Bhabie holds the record for earning over $1 million in the first 6 hours but the fact that she had turned 18 only a week before became a matter of concern among many.

Further, US Congress pressured the Department of Justice to investigate the company for child exploitation due to the increasing reports by law enforcement and child safety organizations. OF was also accused of enabling sex-trafficking and image abuse.

There have also been instances where content creators have been stalked and harassed by the fans. Some have reported leakage of personal information along with a constant need to make content out of their comfort zone to keep up with the competition.

On 19th August 2021, OnlyFans announced that they’d not allow any sexually explicit content from the 1st of October. This was initially suspected to be due to the increasing reports of minors selling themselves on the platform. However, the National Center for Missing & Exploited Children reported only under 100 cases from OF whereas Twitter accounted for over 65000 and Facebook over 20 million such instances.

The decision to disallow explicit content was later reported to be due to the company’s inability to find investors; they didn’t want to associate with a company that promotes sex work. The ban got major backlashes all over the internet from users and content creators alike.

This decision was reversed within 6 days of announcement. Tim Stokely announced that it was not the investors but the banks that had concerns about the company. He singled out certain banks that didn’t want to be associated with or process money made from sex work.

Despite the concerns people have raised about the company, OnlyFans has only gained its popularity. The company not only successfully reversed the ban, but also got mentioned as one of the top 100 influential companies by Time Magazine.

It has also earned more revenue for the performers by eliminating all middlemen and help normalize sex work in the 21st century. Apart from these, the company also shows a gleaming future for subscription based social media in an increasingly tech-dependent world. Social media is now a part of our everyday lives. What began as a way to stay connected with friends and family 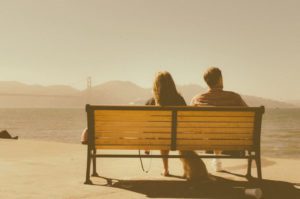