Menu
History of No Nut November

No Nut November or NNN is a popular internet challenge where participants forgo ejaculation for the entire month of November. The history of no nut November might be bizarre but without it, many people won’t be able to overcome their addictions.

This challenge garnered widespread attention in 2017 and has been consistently gaining traction ever since.

The challenge, however, started much earlier with its first documentation in 2006! The current rules of this internet fad are a culmination of the concept’s journey in the past decade.

The Origin of No Nut November

As bizarre as it may sound, the first-ever No Fap challenge was documented in a Subaru enthusiast forum in October 2006. NASIOC (North American Subaru Impreza Owners Club) is a closed forum for Subaru owners and enthusiasts where they discuss the mods and performance enhancements available for their Subarus.

Though confined within the forum, the idea made its way to 4Chan in 2009 giving birth to No Fap September. It has rules similar to the present day NNN challenge. The challenge was inspired by a 2003 Chinese study about the benefits of non-ejaculation.

The experiment suggested a clear spike in testosterone levels of men who retained their semen. This challenge popularized the concept of abstinence so much that it made its way into the formation of the subreddit group NoFap. They discuss and share tips to prevent self-abuse as their goal is to help each other lead a more disciplined life. The 2011 self-help group has a whopping 887,000 members currently! However, the NNN challenge as we know it today was first mentioned on Urban Dictionary.

No Shave November to No Nut November

No Shave November is a month-long challenge where participants don’t shave or groom to raise awareness about Cancer. Participants are expected to donate the money saved (from not grooming) towards the education of cancer prevention. Many took part in this arguably easier challenge without being aware of the idea behind it. Since NNN took off, it hasn’t been as popular among netizens as before. Despite the loss of traction, the movement still gets donations and is going strong.

The phrase No Nut November was documented for the first time on Urban Dictionary in 2011 by user Bicboi6969696969. It replaced No Fap September after a few years, possibly because it rolls off the tongue better. Rules of No Nut November

YouTuber Threeio posted a video in November 2017 titled Welcome to No Nut November. He explained and encouraged people of all genders to participate by keeping their hands off their nuts. At the same time, multiple participants started tweeting about their experience as well.

Due to the gaining popularity, even mainstream media picked up the challenge. Several articles have been published and memes for the month are almost always based around it. As NNN implied not ‘nutting’, the rules changed again or at least had two sets of them. History of No Nut November to Today

The challenge has become more than an internet meme or memes have become the modern way of life. Every year, more people take part in the challenge that was once a joke on a car enthusiast forum.

The widespread attention has also given birth to new perspectives on the challenge; some claim it to be misogynistic and have roots in far-right movements! These arguments might be baseless, but it is interesting how this internet fad has become a field for research.

For those of you who have been trying to work on your addiction, this November might be your chance for a fresh start. Take this universally celebrated challenge to test yourself and reap the benefits of abstinence.

Remember folks, it’s not Christmas yet so let’s not make it snow! Eye-Opening Benefits of Not Ejaculating for 30 Days

November is a magical month in itself. With the cold breeze gradually starting to take over and winter right around the corner, things start to

Every year, a No Nut November campaign implores men to abstain from ejaculating for a full thirty days. Many individuals think that finishing No Nut 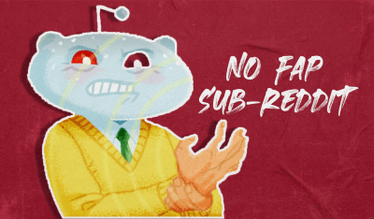