Please note that the names that are mentioned in the story have been purposely changed considering the privacy of the individuals.

I want to share my journey with you all now…

Recollecting the pieces of my life:

Being 30, married, completing my postgraduate degree, and having an incredible career in a reputable company, I have fought my pornography addiction for over a decade now.

However, due to my judgment to look at pornography as a young man, excessive pain and struggle have threatened my life and occasionally drowned everything essential to me. Knowing what I understand now, I would have made diverse choices.

Nevertheless, with professional therapy, various addiction healing programs, personal accountability, and the tenderness of family and friends, I have still been able to find joy and meaning despite the challenges that pornography addiction has learned in my life.

I am conveying my tale, hoping that it will help parents better comprehend what their kids are up against and give expectancy to anyone in a situation identical to mine. As my travel toward recovery advanced, I designed a strategy that works for me, and I consider it could be valuable for others; I have summarized it at the end of this article.

My life as a young teenager

I was grown up with loving parents and siblings. Regardless, I became thoroughly addicted to pornography at about age 16. My interest in sexuality began much before.

At the age of 10, I remember stealing advertisements for women’s undergarments from the newspaper ads from my neighbor’s house each week and hiding them under my bed.

When no one was around, I would raise the bed and check the pictures of these women. As a seven-year-old child, I had not thought about what I was doing, but I felt provoked, and it was an enthusiastic feeling I had never felt before.

Later, when I was 12, my family and I repositioned to Los Angeles. On one occasion, while getting familiarized in our new city, my parents took the entire family down to the clubs and witnessed the nightlife. The venture was overwhelming, and the sexual advertisements that surrounded me extended my curiosity.

At about age 14, I was part of a theatre group, and I had to use a computer program at home to learn my roles for each segment. There were a lot of components to learn, and I was anxious about having to practice my part independently in front of my educator. I employed the computer program a lot for these causes, my parents let me have the computer in my room sometimes overnight.

At the same time, my friends and acquaintances at the academy were using foul language, motions, and hand signals that I didn’t apprehend. Bewildered, interested, and not wanting to be the stupid one in the group, I logged these terms in my senses. Late at night, in my room, by myself, after my family had gone to rest, I explored these terms on Google and began digging into the planet of hard pornography.

Although I only remember one awkwardly irritating discussion with my parents about sex, I knew that pornography was toxic and that what I was accomplishing was unsafe.

However, I couldn’t hold my urges. The thrill that artificially improved sexuality delivered was beyond anything I had ever undergone. Despite explaining that my quest was typical and natural because many of my companions viewed identical material, I instantly felt a hidden burden endlessly weighing me down.

My addiction persisted in progressing over the next few years. I began probing other platforms, such as late-night advertisements that showcased censored performances of pornographic DVDs for the deal. I took excessive risks, like viewing pornography while others slept in the same room.

My parents getting to know about my addiction

While observing a late-night pornographic advertisement, my mother walked into the living room late one night. She called my name but didn’t say much else. She asked me to turn off the TV and go to bed, which I did.

After reviewing my web history on the computer in the morning, my parents faced me, and I had no alternative but to reveal everything to them. My parents thrashed and scolded me.

I started behaving very well with my parents, doing homework on time, going to school regularly, participating in sports, and doing whatever made my parents happy and safe from their careful eyes.

And not to forget, I continued my occasional sexual venture with random girls.

I was 18, youthful and radiant, and fresh to college. I had met my girlfriend a year ago in school. We had goals to marry, and we’re appealing to each other. It was then that the affliction took over. We were not sexually active but slowly started getting close. She doesn’t know about my past experiences.

When my addiction affected my first love

So, Sasha did as she pledged. She sent me a few links that I unlocked at night after being alone in my room. I could please her with my prior knowledge but was also curious about what she wanted me to see, and I couldn’t even go midway when I closed them off.

But I could not pull off my restrain and gave it another shot in the morning. I watched both the links that Sasha sent me and finished them. I felt awakened beyond imagination, more than in my previous encounters, maybe because it was sent by a girl who was also my girlfriend.

When everything fell apart

I lost Sasha as I could not describe where and why I had begun dwelling so lost. The precious girl still texted me now and then and, for some unknown reason, accused herself of my situation though I had not told her about my addiction. I misplaced most of my friends, and only a few stayed, whom you cannot trust. But then, failing in college was something that my parents couldn’t bear, as I had been a very brilliant student all my life.

Try and try again till you succeed

They showed worry and told me to give it a try once again. I was becoming exemplary at this now. I have no nervousness anymore. Sometimes a gloomy possibility peeks out from my heart, but I neglect it.

Like many pupils at Somerson College, I spend a lot of duration on campus. After the lesson, I hit the gym before heading to my studying area to tackle assignments—these things I do to seem normal in everyone’s eyes and keep my image intact.

Self-awareness and a wake-up call

I acknowledged that the wake-up call I required to consider my options was what I was watching. What formed as something I did to relax had become an all-consuming agony. Pornography had taken over my life.

Pornography is accessible; it’s too easy.

Regardless of my morals, there’s something fundamentally wrong about that, now I sensed. I accepted that I desired sex with women beyond my relationship, which my partner should be fully conscious of and not affected.

Desperate for solutions, I google-searched pornography addiction in Los Angeles. My inquiries led me to a sex addiction support group that met once a week. Fearful but persistent, I mustered the boldness to follow.

I realized that I had to say my name during these sessions. I found it interesting that I had to familiarize myself as a sex addict. Individuals either told their accounts or said how they were doing, the overall layout. There weren’t any strategies for overcoming the addiction.

It was pleasant to know other people were going through the exact thing as me, but it wasn’t what I required. I already comprehended that other people felt the same from communities online.

I attended a sex addiction support group where I was the most immature person in attendance. Although the in-person support group wasn’t what I required, it unlocked my eyes to the harshness of my situation and provided me with the motivation I needed to get my life back.

A friend in need….

My friend admitted to me afterward that; he researched to help me, to understand me a little more. That was one of the most considerate things a friend could have said or done.

I wish there were a Somerson Group for people fighting their pornography use, but I don’t dare commence it. If there were  people like me going through the same difficulties and going to school, it would be more comfortable to deal with them. I saw that talking to my coequals is always more manageable than talking to older people.

I have come across the app BlockerX, a website blocker. It is a program/ app I can download on my computer/phone to bound access to specific parts of the internet. Website blockers are also generally called internet filters worldwide, and they can either block specific websites for me or block an exclusive category of websites.

I can use these blockers to customize my access to various domains and even on-page content. As I am in control, I have the authority to determine which website or category of websites I would like to sidestep and block. If blocking seems too excessive, I can even choose to set time boundaries. When I use a website and the time limit is up, I automatically lose the permit to the website.

I’ve been fighting this addiction for three years, but I still feel it’s achievable. I always tell myself that it will be my last time one day, and I will get myself shit together, and I always desire that day is here already. 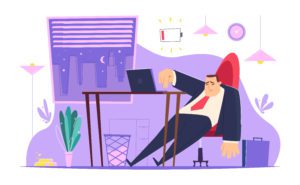 It is no secret that sex has been sold since the earliest of times; pornography became a method for people to enjoy 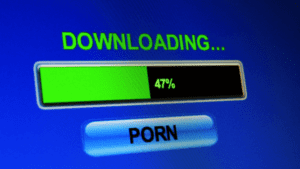 A Muslim’s Guide to Dealing with Pornography
October 23, 2020

In today’s extremely digital age, pornographic content is everywhere. You can access it from anywhere at any time. Anyone with a basic