Over 75% of adults globally have confessed that they have masturbated at some point in their life at least once. A part of this population is also Muslims. Especially Muslim youths.

What Does The Quran and Hadith’s Say?

The  Prophet  (peace and blessings be upon him)  is reported to have said, ‘O  youth,  whoever of you can afford to marry,  let him marry,  for it spares one looking at what one should not or lapsing in adultery.  And if  he  cannot afford, let him fast,  for it is a shield against evil.’ (Reported by Ibn-iMesut).

“Those who guard their sexual organs except with their spouses or those whom their right hands possess,  for  (with regard to them)  they are without blame.  But those who crave something beyond that are transgressors.” (Al-Mu’mun: 5-7).

Read more: A Muslim’s Guide to Dealing with Pornography

Islam has prohibited upon us all sorts of hideous and shameless acts and words. Pornography is one of such shameless acts, if not on top of them. Shamelessness comes in verbal and action forms.

Vulgarity is shamelessness. Rudeness is shamelessness, and so is every hideous act. But fornication (zinā) is the shamelessness that ruins all human societies in secret. And one of the things that lead to it is pornography.

Mufti Menk said, “In Islam, it’s fundamental that promoting sex in the public domain is prohibited, save when it’s for the good cause, for troubled married couples or for righteous educational purposes.

This is because it instigates those who can’t afford marriage to commit harassment, fornication, and worst still; rape.” Thus, Islam commands us to stay clear from anything that could lead us to fornication/adultery.

How To Avoid This Sin

– Many scholars suggest that getting married and maintaining healthy relations with your spouse is the best way to avoid this sin.

– Moderation in food and drink which contributes to stimulating sexual desire. In this regard, the Prophet (peace and blessings be upon him) recommended fasting as per his words, “O young men, whoever from among you can afford it, let him get married, for verily it is a means to lowering one’s gaze and protecting one’s chastity. And whoever cannot let him fast, for it will be a shield for him.”

– Directing one’s aesthetic faculties to permissible channels such as painting flowers and natural scenery which do not arouse sexual lust.

– Choosing righteous pious companions. Who you choose to be friends with matters a lot.

– Devote yourself to serving a greater purpose. Spend time in learning and instilling Islamic knowledge in your life.

Hope these tips help you, even in the slightest way. If you have any more questions or doubts regarding this topic, then do leave them in the comments. We’ll be glad to help.

Let us look into the Most Frequently Asked Questions !

1. What percentage of people globally confessed they had masturbated at least once?

Over 75% of adults globally have confessed that they have masturbated at some point in their lives at least once.

2. What does The Prophet (pbuh) teach us as haram?

3.What does Zina stand for?

4. What does Islam command us?

Islam commands us to stay clear from anything that could lead us to fornication/adultery.

Refraining from anything that arouses sexual desire. 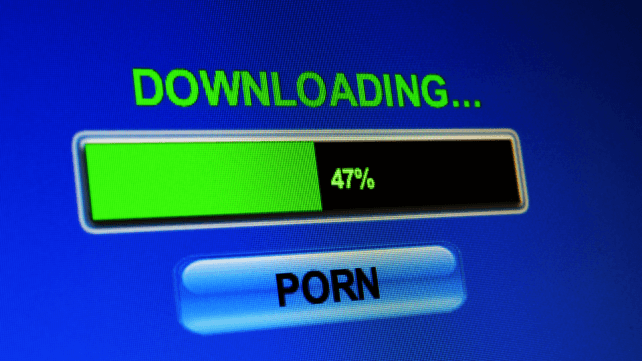 A Muslim’s Guide to Dealing with Pornography

In today’s extremely digital age, pornographic content is everywhere. You can access it from anywhere at any time. Anyone with a basic smartphone and decent