Related article: 5 Precautions You Should Take Before You Let Your Kids Join Social Media

Over the last six months, Facebook has taken down tens of millions of posts, photographs, and videos for breaking its rules of service, which prohibit the use of child pornography.

The huge increase in the eradication of child abuse content is perhaps the most startling detail in the study. In the third quarter, Facebook says it removed around 11.6 million pieces of content it deemed to be juvenile nudity and sexual exploitation of children, roughly double the number removed in the first quarter for the same reason.

Violent and sexual photographs were prompted by a linkspam virus, according to complaints. User feeds become vectors for photos depicting hardcore sex, extreme violence, gore, and death when they are clicked.

Photos and videos of children being raped, some as young as infants, are being published on social media, and it’s horrifying. This is one of those topics that is too painful to contemplate, but we have a strategy to assist put a stop to it.

Until now, intimate photographs have been easily circulated around the Internet for revenge or blackmail, generating severe worry and misery in the targeted, with some cases tragically ending in suicide. lt is popular among child predators, and it’s soon to become completely encrypted, making it incredibly easy for child rapists to transmit their heinous filth completely anonymously!

Until now, intimate photographs have been easily circulated around the Internet for revenge or blackmail, generating severe worry and misery in the targeted, with some cases tragically ending in suicide.

The new technology allows Facebook to recognise and track reported photos, as well as prevent them from being shared on Facebook, Instagram, and Messenger. The new technology includes extra capabilities for account users, including the ability to report any suspicious photographs.

Account holders who continue to distribute these types of photographs will be alerted that they are in violation of community standards, and their accounts will be suspended in most circumstances.

While the business provided little specifics regarding how the new technology works, it did say that it does more than just “detect nudity.”

After the system has flagged a picture or video, a member of Facebook’s Community Operations team will evaluate it and, if it violates Facebook’s Community Standards, remove it. As a result, the company will often disable the account. If a person believes Facebook made a mistake, there is an appeals process.

On YouTube, explicit content intended to be sexually pleasurable is not permitted. Posting pornography may result in the removal of content or the termination of a channel. Videos with fetish content will be banned or restricted to a certain age group. Violent, gruesome, or degrading fetishes are generally not permitted on YouTube.

Report any content that you believe violates this policy. You can report the channel if you’ve discovered a few videos or comments that you’d like to report.

Adult content is not permitted under YouTube’s terms and conditions. They have servers dedicated to fast screening uploaded media for adult content and removing it not long after it is first uploaded.

People are also quick to report, though not as well as the servers, but their efforts are noteworthy.

Nonetheless, pornography does occasionally make its way to YouTube. It usually doesn’t stay long, but it eventually ends up on YouTube. In order to upload the information, you’ll need to know what keywords are being used that day, week, or month. However, keep in mind that searching for obvious terms is unlikely to yield the pornographic results you’re looking for. Most of the time, you’ll simply get the opening of a scenario with everyone still dressed.

You’ll need to be resourceful and know where to look. Knowing how to look necessitates knowledge of the term in use at the moment. For example, “Ebony” was once a popular keyword for uploading pornography to YouTube and Instagram. As a result, any item uploaded with this term was marked as requiring review. Some were uploaded and then removed a few minutes later, while others were never made public.

If you want to watch “adult” stuff on YouTube, your options are limited to twerking videos and sexual instructions involving fruit rather than sexual organs.

YouTube does have restrictions on those kinds of videos and, with over a billion users, does an incredible job of keeping that type of stuff off their platform. However, with about 300 hours of video footage posted to the site every minute, it is hard for the site to keep up with each and every video. As a result, they rely on users to report any explicit or age-restricted content that may be in violation of their terms of service. And, because YouTube is quick to suspend or prohibit accounts who disobey their rules, the majority of offensive content is rapidly deleted.

Instagram is the most popular social network on the planet, with over one billion monthly active members. Explicit hashtags that regularly post graphic pornographic content were left unfiltered and unaffected.

It’s a standard method to promote oneself.

Instagram influencers post salacious photos to make revenue and get brand deals, followers, likes, and comments, eventually growing a brand based on this.

Pornography and other sexually charged photos and videos abound on Instagram, and many of the site’s underage users have access to them.

This is odd, given Instagram’s rigorous nudity policies, which have been criticized in the past. Even “artistic” nudity is prohibited, according to the site’s Community Guidelines:

Photos, films, and some digitally-created content depicting sexual intercourse, genitals, and close-ups of fully-nude buttocks are included. Some photographs of female nipples are included, however photos of post-mastectomy scarring and women breastfeeding are permitted. Nudity is acceptable in photographs of paintings and sculptures.

Reddit CEO Steve Huffman was asked if the business intended to amend its policy on allowing pornography.

He stated that Reddit has no plans to outlaw pornography.

Reddit, according to Huffman, provides a crucial venue for discussing sex, a topic that is typically “underserved.”

Reddit CEO Steve Huffman addressed why the firm allows pornography on its platform in an interview.

“We want people to be safe, thus there are no involuntary sexualization regulations on Reddit. And if somebody makes such a report to us, we will take it very seriously “According to Huffman, the site also has regulations against the sexualization of kids.

NSFW content comprises nudity, pornography, or profanity that a reasonable viewer would not want to be seen browsing in a public or formal environment such as a workplace. Individual pieces of material or entire communities can be tagged with this tag.

r/All is exactly what it says, each and every subreddit.

To filter out specific subreddits, use the sidebar filter (on desktop).

Uncheck “I am above eighteen years old and willing to see adult content (needed to view some subreddits)” in your settings if you never want to see NSFW.

It is a true social media behemoth and one of the most widely used platforms in the world today.

The software is simple to use, and the rapid-fire feature has made it a popular communication tool around the world.

However, while Twitter can be a fun place to hang out online and receive your daily dose of news and memes, it also has its drawbacks.

The platform takes an open-ended approach, which can be dangerous. Look for a topic that isn’t covered on Twitter.

Topics is a Twitter feature that helps you find more accounts that are related to a specific topic you’re interested in. You can find topics that interest you here, but there is also hazardous stuff lurking within these tweets.

Particularly for teenagers and younger children, who are especially vulnerable to hazardous online content.

Today, when children’s online safety is a key concern, social media platforms such as this one must be included in the discussion.

Along with a tweet, information about your city or precise location can be displayed. It is, however, disabled until you enable it. If enabled, your location will be included in your tweets. Children who are unaware of all of Twitter’s options may become victims.

The lack of rules governing who can post and what can be posted has recently become a hot topic of discussion.

This social media network debuted its updated and improved “Sensitive Media Policy” in November of 2019.

“You may not publish excessively graphic material or broadcast violent or adult content within the live video or in profile or header photographs,” the policy adds. Sexual violence and/or assault depicted in the media are likewise prohibited.”

The new policy seemed good at first, until it included the following: “You can post graphic violence and consensually generated pornographic content within your Tweets, as long as you identify this media as sensitive… If your content is reported for review and you do not identify your media as sensitive, we will do so manually.”

Because they tweet content that falls under sensitive media, these postings may receive a warning. So, as long as the information is tagged as “sensitive,” sexual content can still be accessible on this site. When you come across a tweet you like, hit the heart icon to give it a thumbs up. The more hearts a tweet receives, the more people will see it. As a result, tweets with sensitive topics that receive more likes become more popular.

This policy, which was implemented in 2019, states that you may not post or share personal images or videos of someone generated or disseminated without their agreement.

Sharing explicit sexual photographs or videos of someone without their agreement on the internet is a serious breach of their privacy and the platform’s regulations.

You can’t upload or distribute explicit photographs or videos that were taken, appear to have been taken, or shared without the consent of the people involved if you follow this policy.

This is unsurprising, given how ambiguous these policies are and how easily loopholes may be identified to avoid them, For example:

There’s money to be made, and every platform provides an opportunity to do it.

Snapchat is one of the most popular social media platforms on the planet. It allows users to communicate and receive content in a matter of seconds. Snapchat has been popular for sending and receiving nudes in recent years. The way photographs and videos are handled is one of the great aspects of this social media network.

Furthermore, Snapchat users have access to filters that can be used to improve their content. You can use attractive filters to enhance your photographs and make your video more provocative. Emojis are also a terrific method to convey steamy photos.

Snapchat is the most popular place to share sexual stuff. It allows you to make private posts that are intended to be deleted, and it notifies the individual who posted if their content is screenshotted.

FanCentro is a subscription-based internet platform that allows adult performers to monetize their social media and content.

On Snapchat, GhostCodes is the finest location to find and follow new individuals. Snapchat Celebrities, Snapchat Artists, Snapchat Fitness Experts, and more can all be found here. 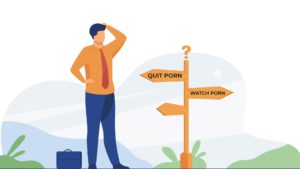 Are human beings rational or irrational species?  There are a large number of debates that have taken place over this topic in 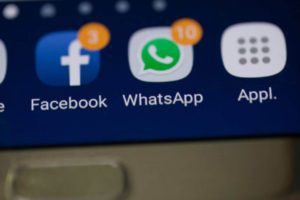 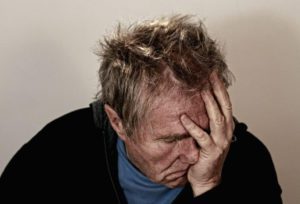