Technoference, as discussed in terms of its impact of the couple relationship in the other article (hyperlink with the previous article), it’s time to explore its impact on parenting and child development; to understand if at all there is a concern about the impact of parental technology use on the behavior of a child during the formative years.

Technoference, as the term is gaining a lot of attention, is credited to have been coined by Brandon T. McDaniel who was then a doctoral candidate in Human Development and Family Studies at Penn University, to describe the constant interference and intrusion caused by the use of technological devices of all sorts, in social interactions and family members’ spending quality time.

Technoference – as we break the term, it means technological interference. The other article (internally link) showed a lot of evidence on how costly Technoference can be considering the amount of time it consumes, hindering communication and social functioning of human life.

Although researchers have been long worried about how technology has been negatively impacting young children or adolescents, it hasn’t spared the adults too. Excessive use of technology and prolonged blue screen exposure is very common among adults too.

A study by Beech in 2020 suggested a 50 to 70% increase in internet use among adults during the pandemic-induced lockdown phase. Simultaneously, there was research that happened across China, India, Canada, the United States, and Australia to study the increasing trend of blue screen exposure, and the associated health problems it was leading to. Overall engagement with technological devices increased by 5 hours, making it to be 17.5 hours a day for heavy users.

According to the Ministry of Human Resource Development, a study in 2020 reported an average of 8.8 hours of screen time exposure among young adults, and surprisingly an increasing trend was seen among elderly who are above 60years of age; which is 5.2 hours a day.

Research on Brain health consequences has shown that extensive screen exposure has numerous harmful effects on the brain development, cognitive functions, and behavior of an individual, which frequently includes impairment of attention, reduced emotional functioning, deficits in social and emotional intelligence, and social isolation.

Technology has brought about a change in the interaction between parents and children. Parents bounded by a habit of frequent technology use are not able to interact much and spend quality time with children. They are themselves infected by Technoference of their devices, causing both physical and mental health issues, and further, they percolate the impact to the children.

Such parents often stay limited as a ‘provider.’ Provider of just the basic necessities- food, water, and personal hygiene.

They remain glued to their respective screens and the child is deprived of the required stimulations necessary for their growth. For example, mother language is the first language children learn as a medium of communication; ever thought how children learn their mother tongue by not going to school or reading textbooks. That is because they learn all by hearing and picking up things from their surrounding. They easily learn by watching the significant elders in the family (parents, siblings, or grandparents) in a home environment.

This is called Social Learning – learning by watching others. Children in their formative years learn mostly through social learning; be it language or socio- adaptive behavior.  Thus, if they always see parental technology behavior, small children pick up similar behavior.

How does technology impact Child Development?

Off late one of the most common complaints of children in early childhood is delayed speech. Research The primary focus of this study is to show the link between the use of mobile phones and speech development.

A study presented at the annual meet of Pediatric Academic Societies at San Francisco in 2017 showed how handheld devices and screens might possibly delay a child’s ability to develop, form, and reproduce words.

Catherine Birken, a celebrated Pediatrician and a scientist working closely with toddlers at the Hospital for Sick Children, Toronto revealed that 28% of toddlers between the age of 6months to 24 months, they spend an average of 28minites every day with mobile devices and/or blue screens, and they are found to have delayed expressive language- that is difficulty in conceptualizing words and adequately applying them during communication

Parents take pride in stating that their child knows how to handle a smartphone. But the reality is more alarming than being proud of. A longitudinal study (hyperlink https://pubmed.ncbi.nlm.nih.gov/24256892/) by Takeuchi et al. in 2015 showed and confirmed the impact of excessive TV watching on the Verbal IQ.

Adequate child development requires optimum parental attention, focus, affection, warmth, and social interaction. Exchange of ideas, gestures, reciprocation of warmth, communication of positive emotions are essential for healthy child development. But excessive technology interference takes away a major chunk of time, thus limiting the range of social exchange that should have otherwise happened between the child and parents.

A growing myth among parents of today’s time is that children will learn as they will grow old, or the first few years of toddlers’ life are all about freedom and independence and that they should do things as they want. This myth is reinforced by excessive usage of technology by parents. Parents can be with their devices, while the toddlers have all the freedom.

This concept is the root of all challenges when it comes to child development. Formative years of children – that is between 0 to 5 or 8 years, as referred by different literature are extremely crucial for their growth and development. What they learn now is the foundation stone for the rest of their lives.

Technoference in parenting and child development is like a double-edged sword. One technological interference is occupying most of the time, which is impacting the growth of parent-child emotional bonding as well as thwarting the cognitive growth of children.

An adequate routine for technology-related behaviour and engaging in a one-on-one interaction between the child and parents, will easily resolve the challenges posed by technology. All what is needed is change in habits, lifestyle and behaviour. Let the child be engaged with a lot of hands-on activities, story- telling and exploring blocks and colours and a constant interaction with the surrounding environment; they are not only helpful in the cognitive growth but overall psychomotor growth of children. 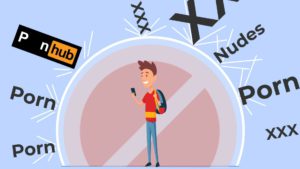 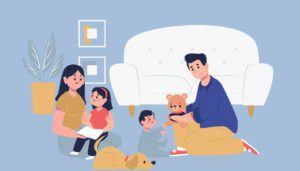