Does Hinduism considered it a sin? Or is it permissible? How will we know if we don’t start a conversation about this?

Hinduism and its Ideologies on Sexuality

According to Hinduism, life begins at the Brahmacharya in which they are directed to chastely advance themselves educationally and spiritually to prepare themselves for a life of furthering their dharma and karma; only once they reach the Grihastya or “householder” stage can they seek kama and artha through their vocations. Sexual pleasure is part of kama, one of the four goals of life.

This is the vow of Brahmacharya every Brahmin has to take during his sacred thread ceremony. What does this mean?

What it means is that the subject (male) pledges to have complete abstinence from sexual activity and sexual thoughts. The subject pledges that self-control and reliance are his weapons towards “bodily distractions” and he will use his energy to focus on his studies, not bodily pleasures.

Brahmacharya is one of the foundations of Hinduism and masturbation is one of the impediments to sexual purity during the Brahmacharya phase of life. The word brahmacharya tends to take on a connotation of disciplining the use of and preserving sexual energy and is also understood broadly in yoga as “sexual continence,” which can be understood as being applicable as appropriate in different contexts like faith in marriage, celibacy for spiritual aspirants or in more extreme terms as complete celibacy or in more specific terms in relation to preserving and sublimating male sexual energy rather than losing it through ejaculation.

Swami Nikhilananda in his writings on Hindu ethics says:

All Hindu philosophers regardless of their conceptions of the supreme end of man, admit the empirical reality of the individual, endowed with volition, desire, will, conscience or consciousness of duty, emotion, etc. The goal of Hindu ethics is to train these faculties in such a way that they shall lead the individual to the realization of Moksha, or Liberation. Therefore all the schools of philosophy have described the virtues and their opposites in detail. It is expected of the moral agent that he should follow the former and shun the latter.

The practice of continence, highly extolled by all the philosophers and mystics of India, implies, besides the literal meaning of the vow, abstention from lewdness in thought, speech, and action through any of the sense-organs. Through the practice of this virtue, one develops the capacity for subtle spiritual perception. These are the roots of Brahminism.

There no scriptures or sayings that prohibit the followers of Hinduism from Watching or indulging in pornographic. Scholars believe, when used in moderation, there is nothing wrong with it. But, this holds true only as long as you’re not on Upavasa.

During the Upavaasa time(fasting time), one should not take water too many times, should not chew betel leaves/nuts, should not sleep, nor resort to Ashtavidha Mithuna ie. think of sex, hear provocative songs, viewing objectionable material, secret gossip, take vows and decisions and refrain from acts other than related to devotion.

More from the same Smriti: “There are many Upapātakas (minor sins and turpitude)……. causing others to break their vow, selfish ventures, cohabitation with an alcoholic, forsaking of one’s study of Vedas, sacred fires, child, and kinsmen, a perusal of illegal and unholy literature, selling of oneself or one’s own wife, all these are Upapātakas.”

Here there is a clear mention of pornography and explicit content calling it a “Upapātakas”, which can be loosely translated to minor sin.

Everything Is Good In Moderation

It is as simple as this. As per the teaching of the Gita, Hinduism believes that indulging in certain activities is completely fine. As long as it’s all done in moderation. Moderation is key here. Have faith in your religion. Don’t let distraction affect your faith. These are the teachings of Hinduism. It is okay to indulge while meanwhile holding onto your faith. 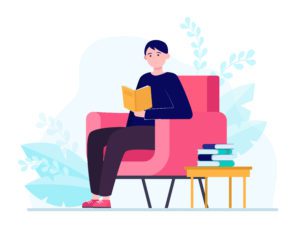 If you feel that many years have passed since you sat down to read a good book. And immersed yourself in the Introduction:   It’s no secret that Facebook has become one of the most popular social networking websites in just a few short 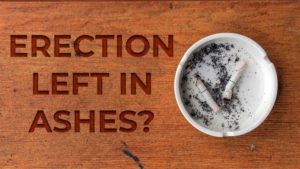 Smoking cigarettes is among the most stupid things you can do. Knowing this, many people are there that do just that. It affects them in so many different